Stay up to date on
all things angel

Thank you! Your submission has been received!
Oops! Something went wrong while submitting the form. 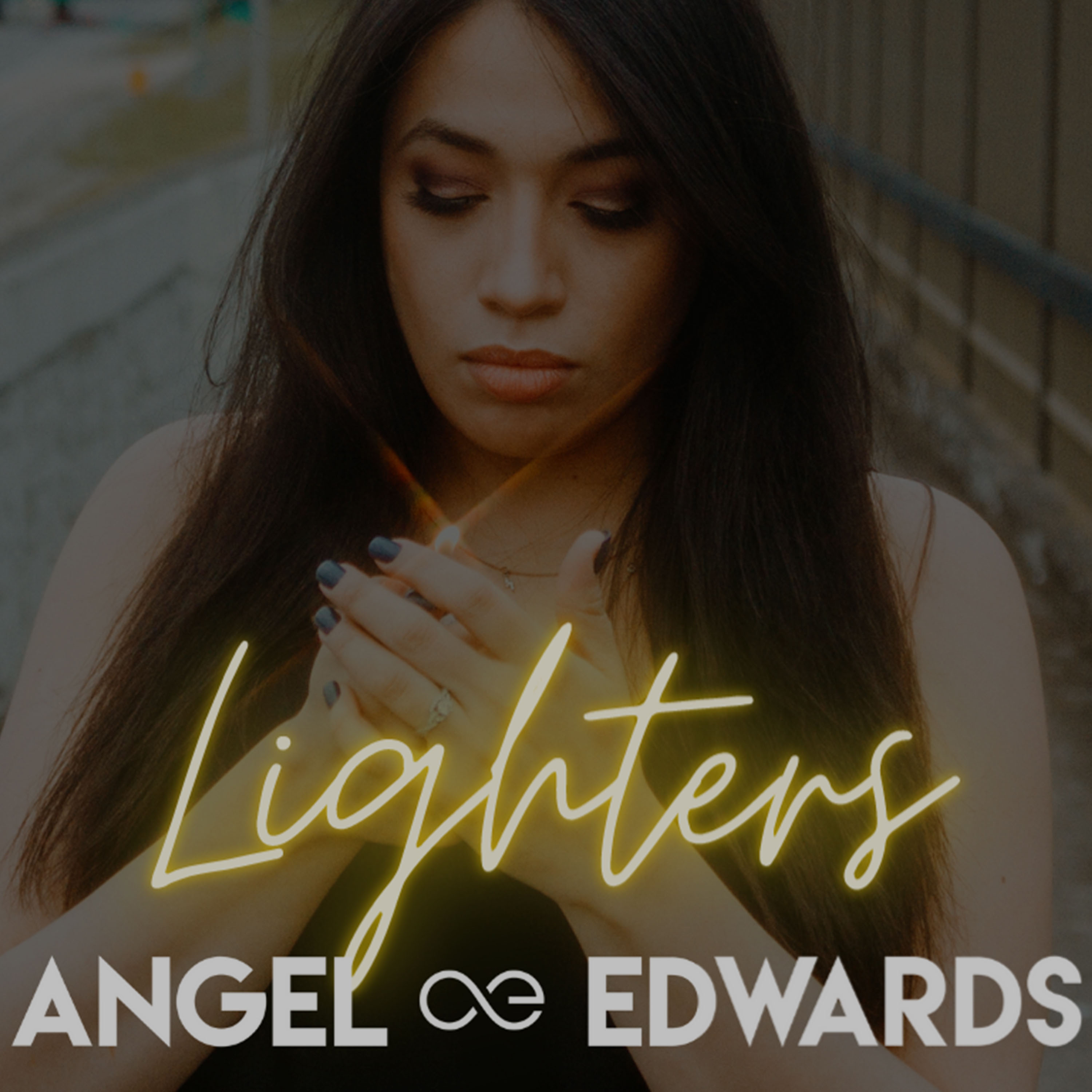 Listen to
live a little

An infectious, bright smile and outgoing attitude coupled with natural talent and well written songs makes for an eye-catching artist.  Rising pop-country artist Angel Edwards has built her dreams up from her tiny Midwestern bedroom to the famous stages of Music City.  Her commitment to her craft and wholehearted support from those she loves most has launched Angel to the forefront of the country music scene where she hopes to inspire and welcome a new wave of diverse artists to the genre.
‍
Born and raised in Toledo, Ohio, Angel recounts growing up in a house full of music, food and laughter.   Her mother played favorite records throughout the house while her father inspired dreams grander than the Great Lakes.  A naturally shy child, Angel often saved her voice for her bedroom walls belting out tunes from Selena, Whitney Houston and Carrie Underwood despite the town’s bustling music scene right outside her front door.  In junior high, a pep talk from her father about facing fears led to a breakthrough moment for Angel as she sang her first solo at church — realizing her true calling for performing.
‍
At the beginning of high school, with the help of her parents, Angel bought her first guitar.   Like Miranda Lambert, The Civil Wars and other artists she admired, she could now accompany herself and begin to write her own material, elevating her artistry at a young age.  Branching out after graduation, Angel took to the local music circuit with her band during college, performing at a slew of festivals and venues in the region.  On the stage — Angel thrives.  The freedom to show a whole different side of herself in her performance forms an instant connection with the audience.  “There’s nothing better than being able to share music with people,” she says.  “I can look out and feel the energy of the crowd like I never could if I wasn’t on stage and it elevates every word I sing.”  The hours logged on a stage inspired her to pursue her career further prompted Angel to pack up and head south to Nashville, Tennessee.
‍
With no real connection to Nashville, Angel threw caution to the wind and jumped in feet first for, “If something scares you, think about the pros and cons.  If the pros outweigh the cons, then go for it!”  Having always lived by this motto, she began to plant roots in the ever competitive Nashville industry.  Meeting fellow singer-songwriters, she dove into co-writes and embarked on her own journey to better herself.  “I spent a lot of time writing songs that I thought people wanted to hear,” she says.  “It wasn’t until recently that I decided to write what I feel.  I like to write things that people can relate to.  I strive to be real with my music, regardless of it being ugly or pretty.”
‍
This authenticity began to attract attention which she capitalized on with the release of her debut single High on the Good Times in 2018.  The song accumulated over 25k streams and legitimized her place in Nashville.   Shows began rolling in and she quickly found performance opportunities at the most notorious venues in town.  Her follow up single T-Shirt was a definitive sign of her staying power as she hit 34k streams in a matter of months.  As she maps out what’s next between tour dates and studio time Angel sets her sights high due in part to a well-built support system.
‍
Angel would be the first to say her success is merely a reflection of all of those that have helped her.  As she works her way up to Opry appearances and CMA Awards, one thing that will never change is the outpouring of love she receives.  Her parents, who never missed a single Ohio-based show, her brand new husband, who has sacrificed, encouraged and dreamed alongside her at every turn and the fans whose loyalty is not taken for granted.  With their help and her hard work Angel Edwards sets her sights on a long-lasting career that will leave its own unique mark on country music.

Life is made up of a combination of three vital elements: work, play, and love. Grayson Rogers wholeheartedly seeks to experience all three through every moment of his life and share them on stage through his fiery country soul. Whether you’re turning the dial up while cruising down the road or sitting back by the lake with your significant other, his music provides an enjoyable and energetic soundtrack to living.

Grayson has always had a love for music, but didn’t start pursuing a career in music until he was 18. Early in life, Rogers set his sights on playing football in high school and had dreams of someday playing in the NFL. It was after high school that his family told him that his distant cousin was the original cowboy, Roy Rogers. Inspired, he picked up the guitar up. Grayson started learning the guitar via YouTube videos, and started singing publicly at karaoke events. “It is crazy how one door closes and another opens. I had no idea what was ahead of me with the whole music world.”

Since then Grayson has shown a passion and love for country music, and his unique voice and songwriting have sparked a wildfire fan base of over 75,000 across the country. The desire to make a difference in people’s lives is the driving force behind Grayson’s relentless motivation. While traveling the country playing well-over 1,200 shows in his career so far, Grayson has earned opening slots for several national acts, including Jason Aldean, Eric Church, Dustin Lynch, Craig Morgan, Dan+Shay, Eli Young Band, Craig Campbell, Travis Tritt, A Thousand Horses, Sara Evans and many more.

Now a Music City resident in Nashville, TN, Grayson has created his own style and sound from a variety of influences. Growing up listening to everything from Alan Jackson, George Strait and Brooks & Dunn to Daughtry and Christian rock music, he has crafted a fresh, uplifting and new country sound.

“I’ve been blessed to have amazing fans that have supported me and believed in me since the very beginning. It’s truly a dream come true…. I’m determined to take this as far as God allows me!” – says Grayson.

Thank you! Your submission has been received!
Oops! Something went wrong while submitting the form.

rotate your phone
for a better viewing